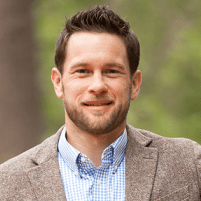 Peyronie’s disease occurs when scar tissue develops under the skin of your penis. As a result, your penis develops a curve that’s more visible when you have an erection.

When you have an erection, tissues lining your penis become engorged with blood. The scar tissue prevents that section of the penis from enlarging like the rest of the penis does during an erection.

As a result, your erection bends around the scar tissue, creating a distinct curve. Some men may develop more of an hourglass shape during an erection, depending on the location of the scar tissue.

What symptoms develop if I have Peyronie’s disease?

Inflammation causes damage that subsequently leads to the scarring that’s responsible for Peyronie’s disease. You may develop inflammation due to an underlying health condition such as diabetes or an autoimmune disease.

Scarring can also occur when you injure your penis during vigorous sexual intercourse or sports activities. Even a small bend or hit to the penis during activities can cause inflammation.

How is Peyronie’s disease treated?

The early or acute stage of Peyronie’s disease may last from four weeks to a year. During this time, the scar tissue is still developing, the curvature continues to get worse, and the pain is at its worst. If you get treatment during this phase, Dr. McBride may recommend traction therapy to prevent length loss and minimize the curvature.

Peyronie’s disease stabilizes and stops causing changes in penile length or curvature after 3-12 months. During this chronic phase, your pain should lessen or possibly disappear.

At this point, Dr. McBride may inject medication into your penis that breaks down the scar tissue. He may also combine your injections with traction therapy.

If the curvature is severe, painful, prevents you from having sex, or doesn’t respond to medication, Dr. McBride may talk with you about surgery to remove the scar tissue and straighten your penis.

Men with moderate to severe erectile dysfunction due to Peyronie’s disease may also choose to have a penile implant inserted.

To get help for Peyronie’s disease, call J. Abram McBride, MD, or schedule an appointment online.